Last year, Robert and I set off on a weeklong, 685-mile journey through Poland, the Czech Republic, and Austria, following in the footsteps of my relatives, who traveled the same path seventy years before. A few weeks ago, we hopped the pond once again to complete a second leg of my family’s post-war exodus, this time with our four-and-a-half year old son in tow. Our itinerary—470 miles in seven days—followed the eastern seaboard down the back of Italy’s boot.

The trip, Robert and I decided from the get-go, wouldn’t be as research-intense as the previous summer’s, but rather a chance to simply make the journey, and to experience the sights, sounds, and flavors of Italy as my relatives might have. 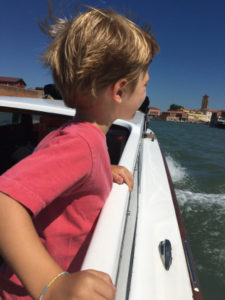 Wyatt takes in the Venice skyline 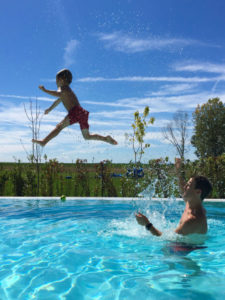 Fighting off jet lag at the hotel pool 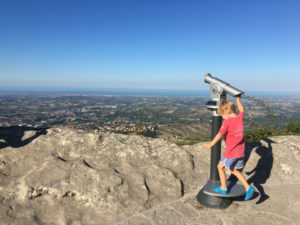 The Adriatic, seen from an altitude of 2,477 feet in San Marino

While the Kurcs traveled by rail, we opted to drive, choosing roads and highways that followed the train tracks paralleling the coastline. We began our trip in Venice, powering through our jet lag with double-shot espressos and a refreshing swim in the hotel pool. Two days later, we motored south in a rented Citroen along the autostrada, pausing to stretch our legs in San Marino and taking in sweeping views of the Adriatic—the same blue-green sea my relatives would have admired through the windows of their train car. 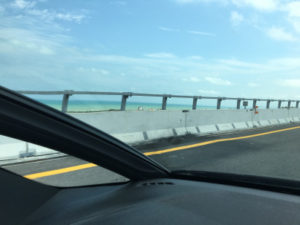 Cruising the autostrada along the Adriatic 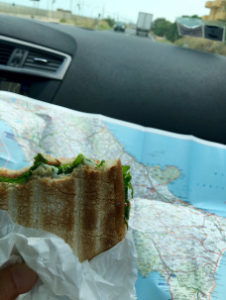 A panino for the road 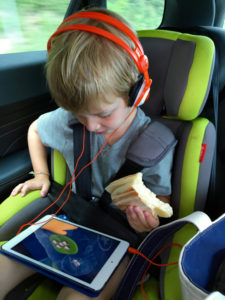 Finding a town to visit mid-way down the eastern coast of Italy was a challenge, as the region is off the map as far as American tourism goes. We ended up picking Pesaro, a small family-friendly fishing village with a gorgeous stretch of beach. After a day and a half of fun in the surf and sun we continued south to a town called Savelletri, with a much anticipated stop along the way in Bari. 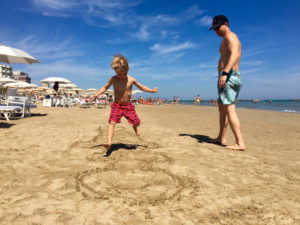 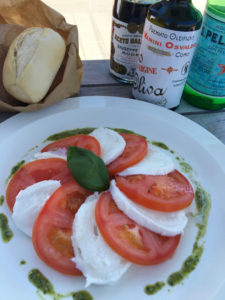 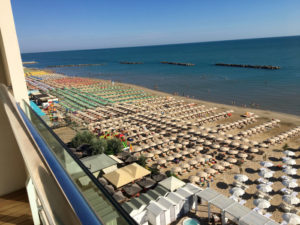 Bari was a significant meeting place for the Kurc clan when WWII finally came to an end. I’ll never forget walking the city’s train station platform with Wyatt by my side, listening to the squawk of Italian over the loudspeaker and watching the trains come and go, trying to imagine the scene as if through my relatives’ eyes. It was a spine-tingling experience to be there, in the same spot my ancestors once stood, and later that afternoon I hugged my boys hard, overwhelmed with gratitude for the simple, stabilizing knowledge that my family was alive and well, and for the fact that when it came time for us to leave Italy, we’d be doing so not as destitute refugees with an unforeseeable future, but rather as well-fed tourists, returning home to a place of comfort, of peace.

We wrapped up our stay in Puglia, home to some of Italy’s most dramatic beaches and miles upon miles of olive groves. We swam in the warm, salty sea, explored the postcard-perfect towns of Puglignano a Mare and Monopoli, sloshed through the rain in the Trulli village of Alberollo, ventured 320 feet underground into Castellana’s cold, stalactite-rich caves, and gorged on fresh-off-the-boat branzino, homemade orecchiette pasta, and cone after cone of creamy gelato. We flew home happily exhausted, a few pounds heavier, and full of memories that, weeks later, Wyatt still enjoys rehashing in detail. (Remember when we climbed up the mountain and I ate three scoops of fragola ice cream? he often asks.) It was, for all three of us I think, the adventure of a lifetime. 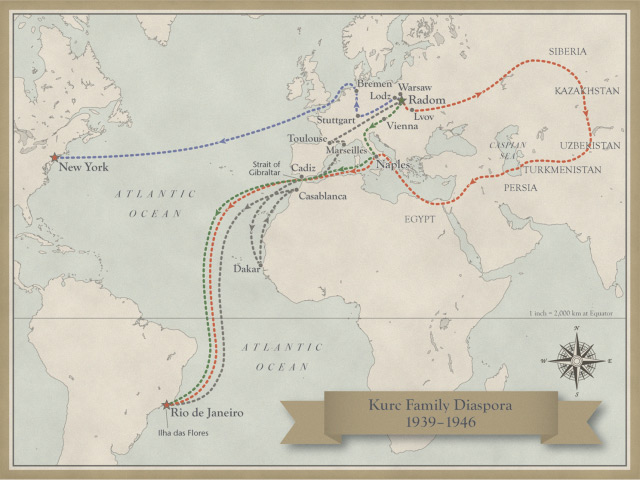 Highlights of the travel that researching We Were the Lucky Ones has entailed. Big thanks to my map designer, Ryan Mitchel!