It’s been six weeks since the launch of We Were the Lucky Ones—a milestone made all the more monumental by the photos that flooded my inbox in the days that followed—photos of friends with the book in their laps at the beach, on an airplane, at home cozied up on the couch; photos of the U.K. edition spotted at Waterstones in London and at the Edinburgh Airport, and of the U.S. edition perched on bookstore, train station, and airport kiosk shelves across the country. 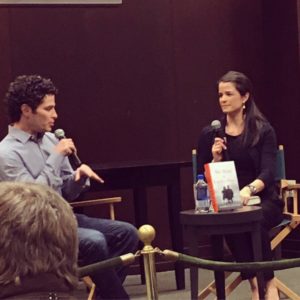 Today, these images evoke the same surreal, spine-tingling sensation as the memory of sitting on a Barnes & Noble stage with my pal Tommy Kail, talking shop for the first time as a two-day-old published author to a standing-room only group of some 75 of my closest friends and family, among them 2nd, 3rd, and 4th generation Kurc survivors from as far away as Brazil, France, California, Miami, and Chicago.

I’ll never forget that Manhattan launch event, or the others that followed at libraries, bookstores, and auditoriums throughout Connecticut and as far north as Boston, MA, including a stop in Providence, RI, where I snuck in a visit with the 8th-graders at my alma mater, The Gordon School.

For those who live in the NY/CT area, I hope you can join me for a final reading, hosted by the Chappaqua Public Library, on Tuesday, April 4th at 7pm. And if you’re near a radio or a computer tomorrow (Thursday, the 30th), tune in to WGCH between 11am and 12pm for my interview with Kim Berns, broadcast live from Greenwich, CT!

This project began nine years ago, with the simple goal of researching my family history—a survival story that, once unearthed, felt too remarkable to be left untold. It was a story I knew I needed to record, but I had no idea what kind of response it would ignite. I wasn’t prepared for the praise and the media the book would attract, or for the reviews that would bring tears to my eyes on Amazon and goodreads, or for the heartfelt notes I continue to receive, more often than not from total strangers, who have reached out personally by email or facebook to tell me what reading We Were the Lucky Ones has meant to them.

To the family, friends, bloggers, reviewers, readers, and fellow survivors (and children and grandchildren of) who have taken the time to share your connection to my story, I am beyond grateful for the feedback—thank you. 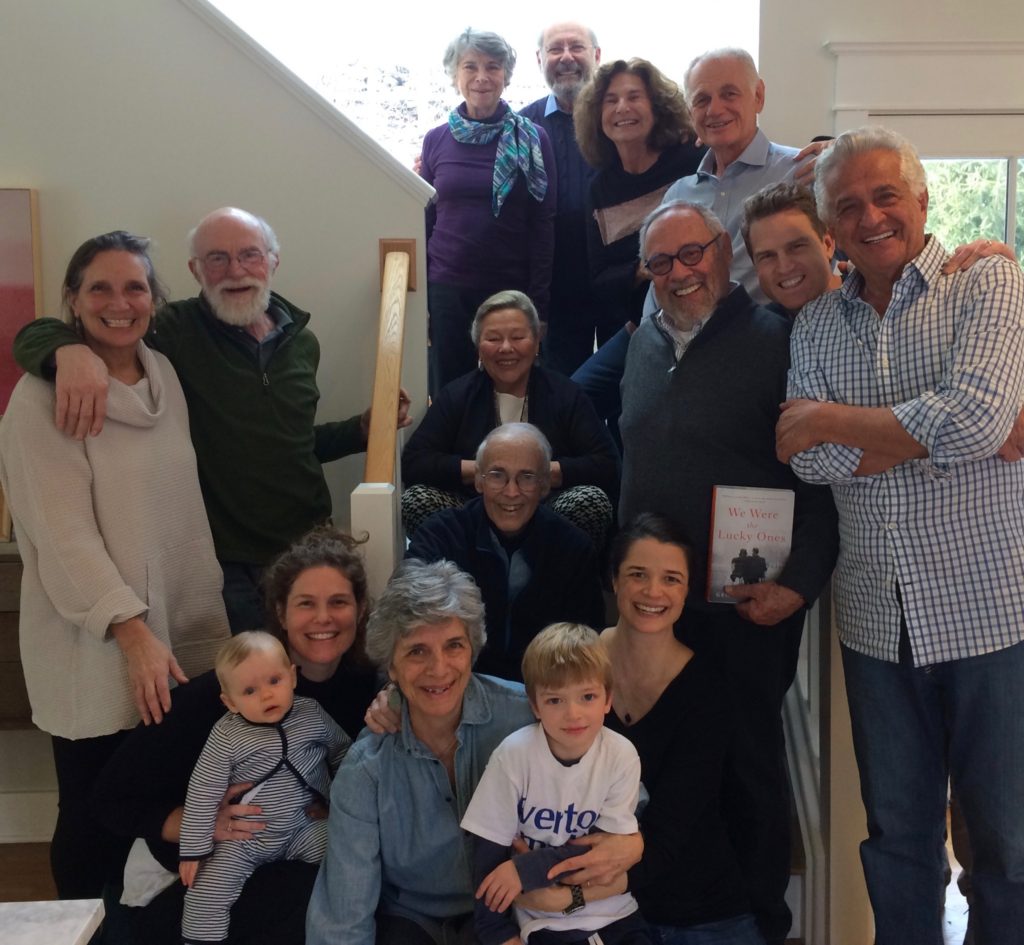 A post-launch family reunion at my home in Connecticut with 2nd, 3rd, and 4th generation Kurcs from Europe, South America & the States 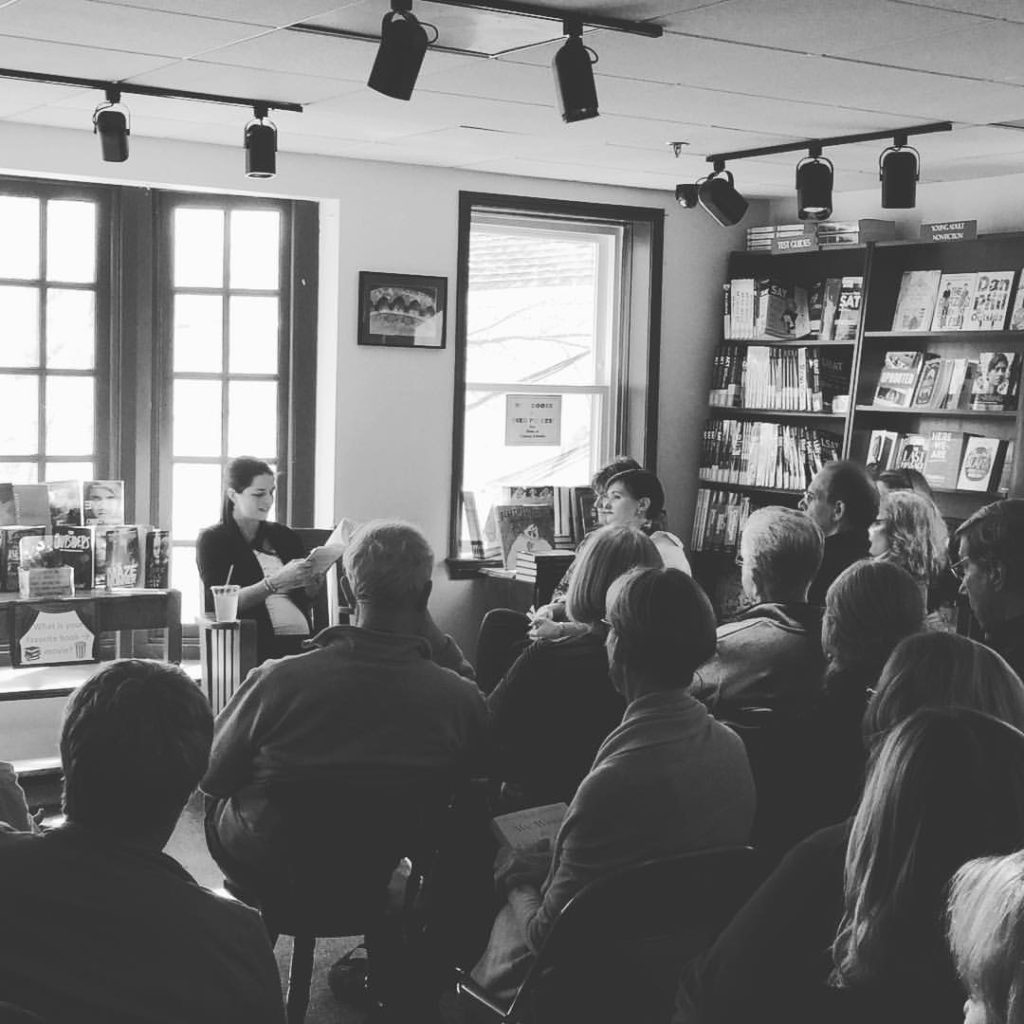 An intimate reading at the one and only RJ Julia Independent Bookseller in Madison, CT 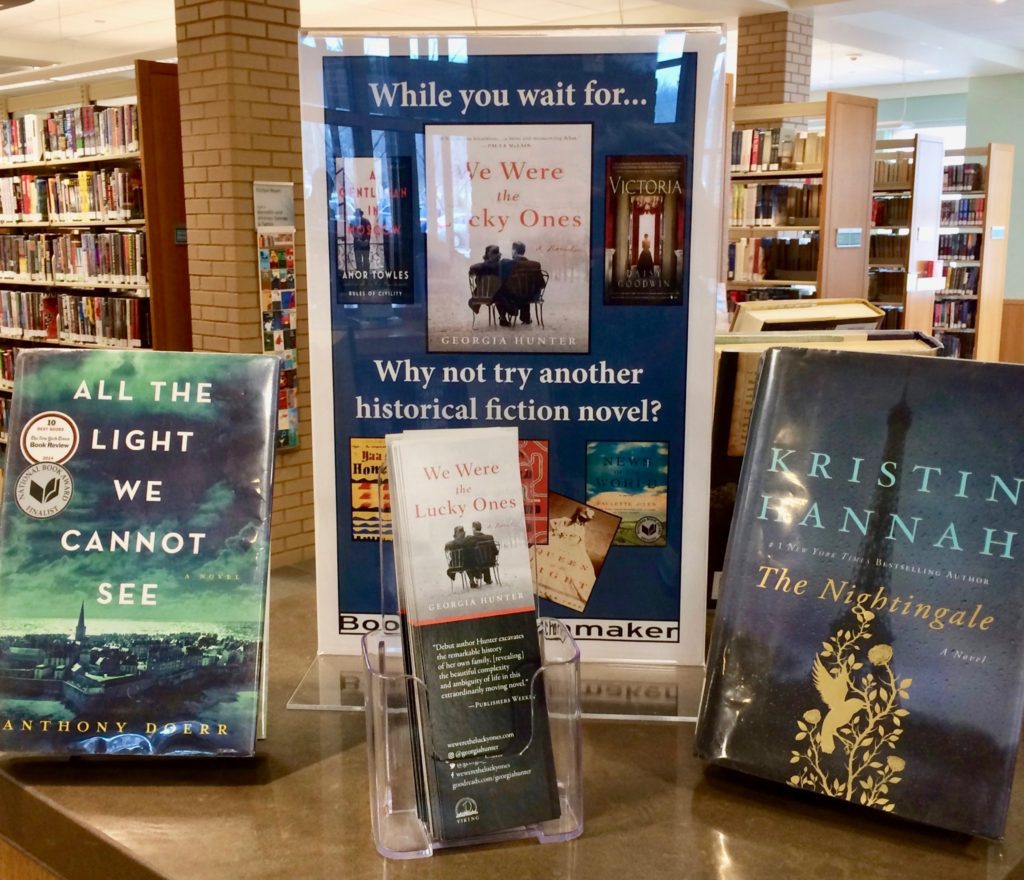 After a talk at the Darien Public Library, there was a waitlist for WWTLO—what an honor to see the book being promoted next to these two award-winning titles! 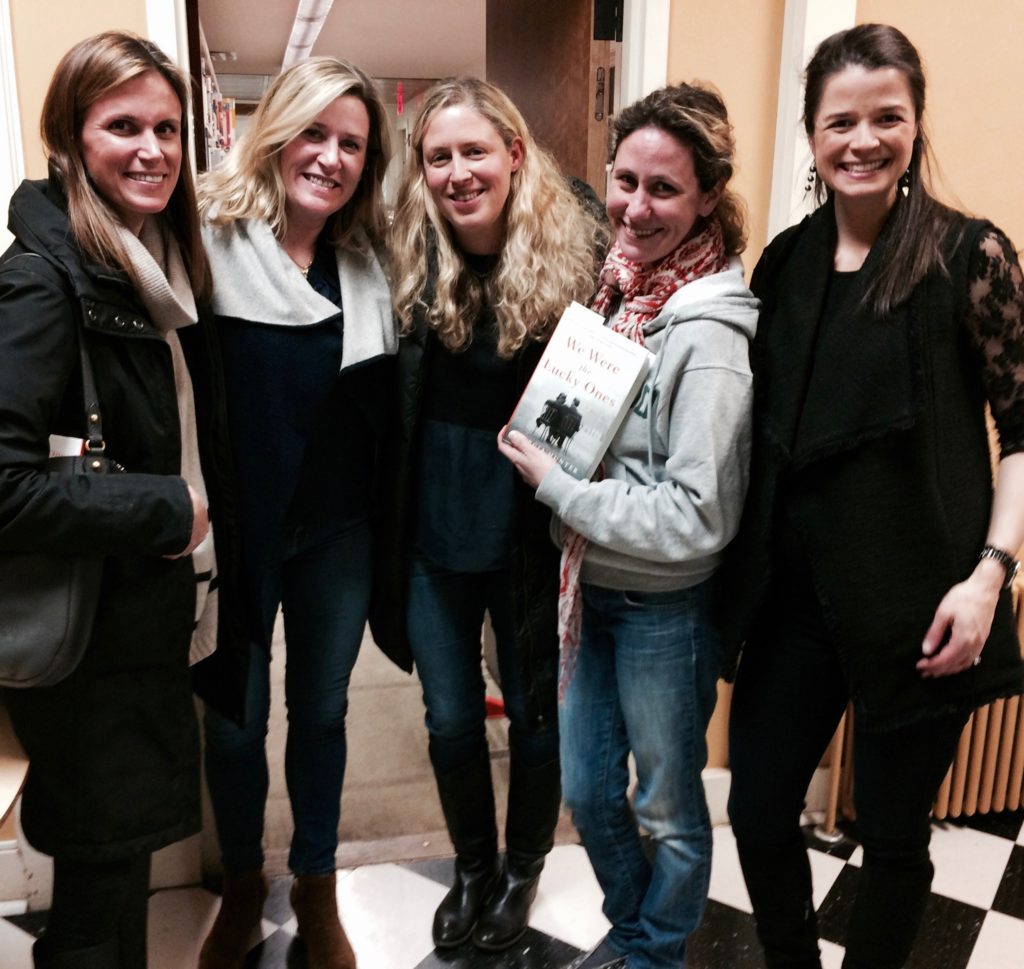 My talk at the Fairfield University Bookstore, where I received an incredibly warm welcome by staff and attendees

A sold out event hosted by the Miriam Hospital Women’s Association in Providence, RI—lots of familiar faces, including that of my high school English teacher, whose “I-Search” assignment was a catalyst behind the book 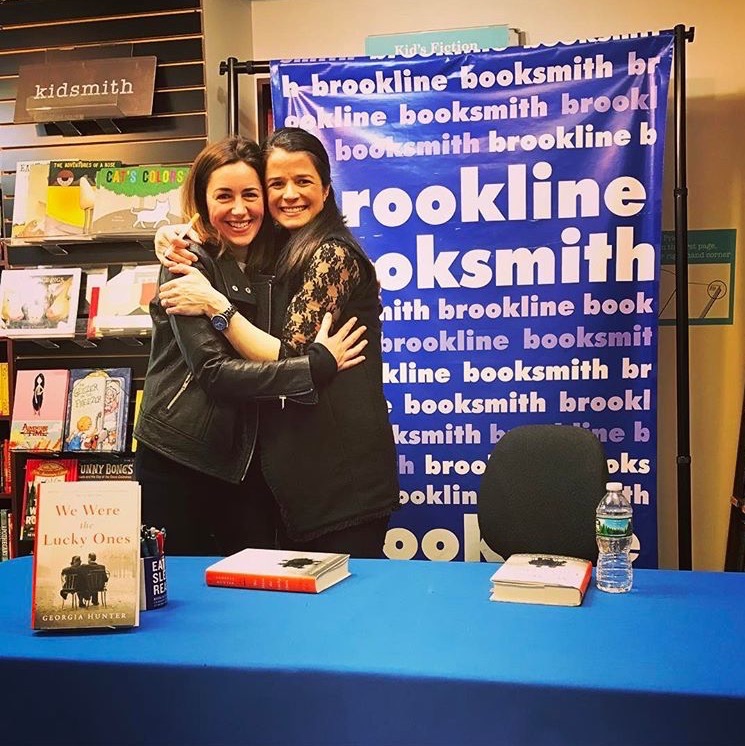 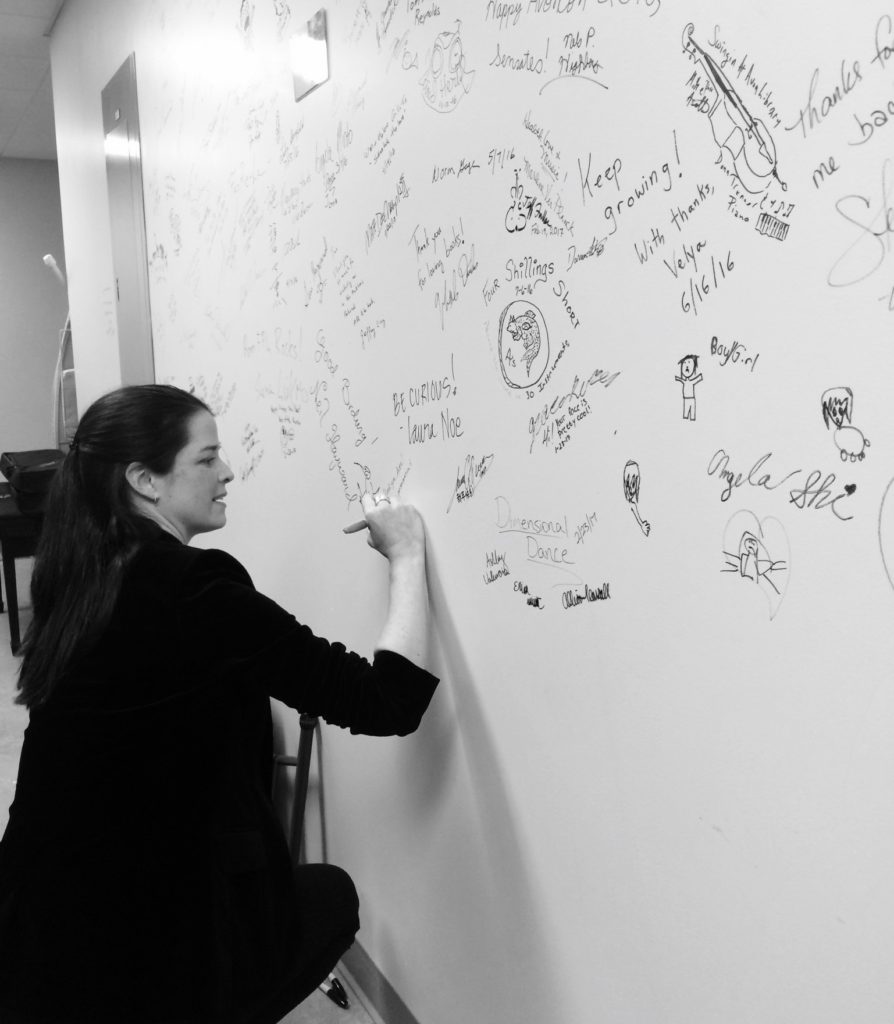 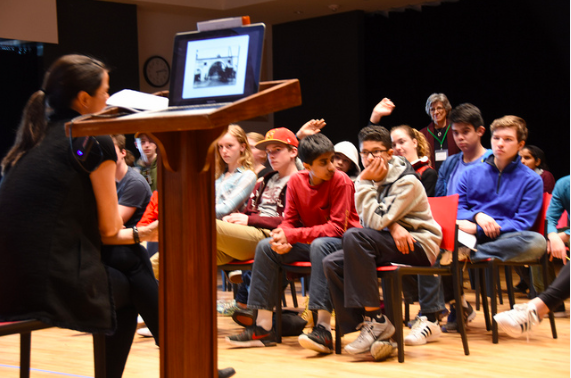 One of the highlights of my tour was speaking with an engaged and curious group of 8th graders at my alma mater, The Gordon School

My CT girlfriends threw me a book launch party at a favorite local bar—it felt like the whole town came out to celebrate!