Luck Was Only Part of It

(Continued from Thirty-Two Relatives Under One Roof: a Raucous-Turned-Revelational Family Reunion)

It turns out my grandfather (who later changed his name, for obvious reasons, from Adolph/Addy to Eddy), was just one of over twenty Kurcs originally from Radom, Poland. He was living in Toulouse in ‘39 at the start of the war. When he learned it would be too dangerous to return home to Poland for Passover, he embarked on a singular mission: to get out of Europe. His escape wasn’t easy.

After a brief stint in the army, he hitchhiked to Marseille, talked his way into a visa, and embarked on what was meant to be a three week journey aboard a ship full of refugees sailing for South America. Six months later, he found himself in a detention camp in Casablanca with an expired visa. By the time my grandfather finally arrived in Rio, he’d lost contact with the rest of the family. For five years, he tried desperately—but without any luck—to track down news of his parents and siblings. 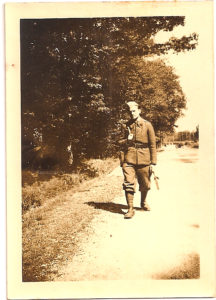 My grandfather during his brief stint in the Polish column of the French Army, 1940

I looked around at my parents, my grandmother, my aunts and uncles, their faces soft in the candlelight. I tried to imagine what it must have felt like—to be thousands of miles from home, without a clue whether my family was dead or alive. Would I have been able to make my way out of war-torn Europe to South America? To go on living a normal life, wondering whether I’d ever again be able to hear my mother’s voice, to feel the warmth of my father’s hug. Highly unlikely, I decided. 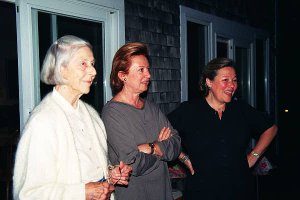 “We were the lucky ones,” Felicia said. “We were the family that made it out alive.” It was quiet on the porch for a moment before she added, “But luck…was only part of it.” I watched her, holding my breath, waiting wide-eyed for the explanation I hoped would come next—if it wasn’t luck, then what was it? But Felicia just stared out into the darkness, lost in a world of thought.

Hours later, lying in bed trying to process everything I’d heard that evening, it occurred to me that ours was probably one of the only Jewish families from Poland to survive the war intact. Why was I just learning this now? And what was my grandfather doing in Morocco? Why did Genek end up in Siberia, of all places? How does a three year old evade an enemy like the Nazis? I needed answers.