A Trove of Family Treasures in Paris

Little Man Wyatt has rounded the three month bend and I’m happy to report that I’m back (well, almost) from the Land of the Sleep Deprived, and excited to get the ball rolling again on blog posts. I left you last in Paris, where I’d spent an afternoon interviewing Felicia (daughter of my grandfather’s older sister, Mila). I met with Anna (daughter of my grandfather’s younger sister, Halina) at her home in Neuilly the following day.

“Tell me about your grandparents,” I said, as I sat down at Anna’s long, glass dining room table. I knew very little about my grandfather’s parents, whose names, Schlomo and Nechuma, I could barely pronounce. 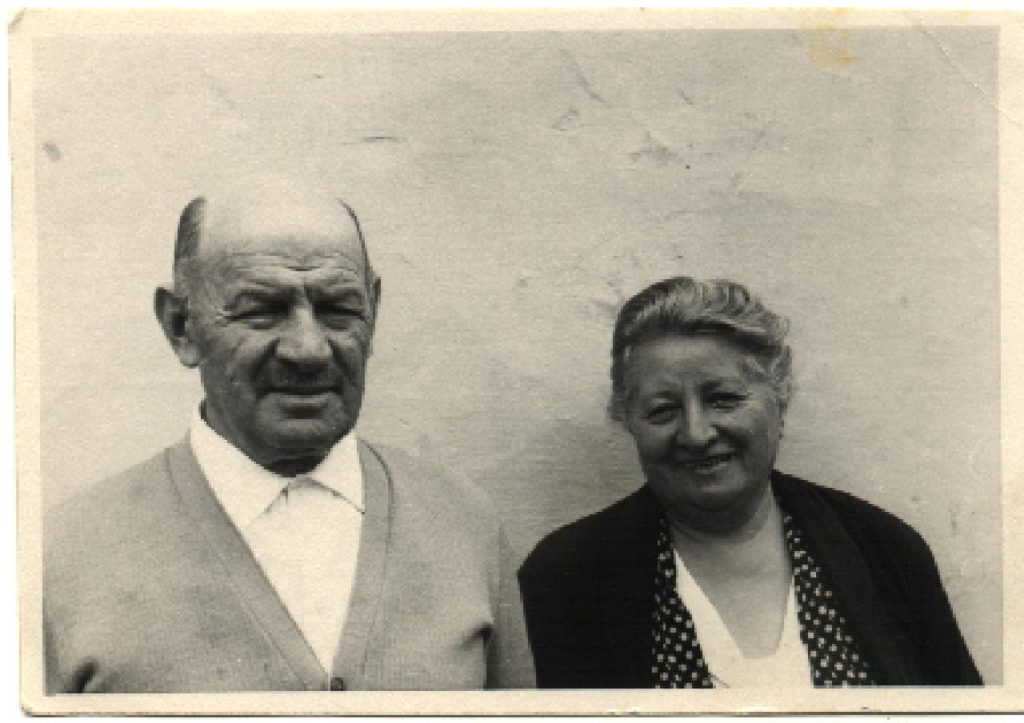 Anna’s eyes immediately lit up as she began telling stories about her “babcia” and “dziadek” (Polish for “grandmother” and “grandfather”), as she affectionately called them. Nechuma, whom Anna described as la matrone puissante (“the mighty matriarch”), was a woman “young in soul,” passionate about music, travel, and education. She and Schlomo ran a successful fabric shop in Radom before it was confiscated at the start of the war. “It is because of Nechuma that we are a family of working women,” Anna said proudly.

Schlomo, I learned, was  a man of principal. Shabbat dinners and Jewish holidays and the traditions surrounding them were important to him. “But most of all,” Anna recalled, smiling, “he was playful. He laughed all the time! And he loved to sing.” The first song Anna ever learned, in fact, she learned from her grandfather. I asked if she could remember it. “Bien sûr!” she replied, and began singing:

Anna and I talked for hours that night. When I finally left, I felt like I’d hit the jackpot: not only did I finally have a better sense of the kind of people my great-great grandparents were (and the kind of people they raised their children to be), I’d collected pages of notes, stacks of old photographs and letters, and—one of my most cherished research possessions to date—Anna’s mother Halina’s first-hand account of her Holocaust experience, captured on video.

A few days later I flew back to Seattle, a trove of family treasures tucked away in my carry-on. (I wouldn’t dare check them!) Any doubts I might have had (Was I crazy to tackle this project? Was ours a story that truly deserved to be told?) had vanished. My book venture was officially underway!