Greetings, and happy Spring! (Does a snowy April still count as Spring??) 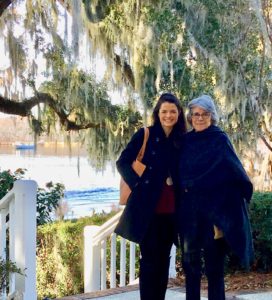 Outside the Moveable Feast presentation on Pawley’s Island, SC, with my mother, Isabelle

I thought I’d send an update to fill you in on what’s been shaking in the world of We Were the Lucky Ones. I hit the ground running in 2018, kicking off the year with the January 2nd launch of my paperback and the announcement that Costco had selected We Were the Lucky Ones as their January book buyer’s pick(!). After an in-store Costco event and a marathon of radio interviews I set out on a 14-stop coast-to-coast tour which, thankfully, went off without a hitch, despite losing my voice half way through—a rite of passage, according to my publicist! I loved each and every stop on the tour, and want to thank not only my gracious hosts, but also the dozens of friends and family who came out to support me along the way. As exhilarating as it is to be on the road, it’s also exhausting and often nerve-wracking—having a familiar face in the crowd did worlds for me (and for my stamina).

The tour included La Jolla (where I sat for my first live TV interview with CBS News 8), San Francisco, Pleasanton, Pawley’s Island, Vero Beach, Miami, Atlanta, Milton, Dallas, Tulsa, Lake Forest, and Naperville. A special thanks to my my mother, who joined me for the warm legs of the tour (well played, Mom), and to my husband, who not only held down the fort while I was away, but who flew with the boys (a 6-year-old and an infant in arms!) to meet me in Atlanta. Robert, you are a saint. 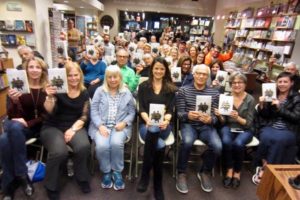 Standing room only at Warwick’s in La Jolla, CA

The tour in its entirety was memorable, but there was one moment in particular that stands out above the rest. I’d just wrapped up an intense few days in California and was catching up with my cousin David, also a third generation Kurc survivor, before a red-eye home, when I got a call from my editor, Sarah. “Are you sitting down?” she asked. I was. “We Were the Lucky Ones,” she burst out, “just debuted in paperback on the New York Times bestseller list.” Gravity seemed to shift, and I nearly fell off my chair. I made her repeat her words again (and then once more) to be sure I’d heard her right. When I shared the news with David he wrapped me up in a celebratory hug. I’ll never forget that moment—learning for the first time that my book had made The List. It has somehow remained on the list for 13 consecutive weeks, and, I’m incredibly proud to report, is also a bestseller in Israel! Somebody please pinch me. Hard. Because surely, I’m dreaming. 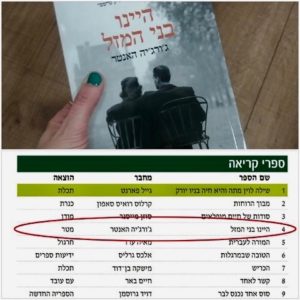 In March, I attended several book clubs and was honored to be invited to a Celebration of Jewish Books in New York City, a highlight of which was meeting my agent Brettne’s two adorable daughters (Eloisa, 11 years old, is on record as my youngest reader), along with one of my favorite authors, Julie Orringer. If you haven’t read The Invisible Bridge, you should—it’s a gorgeous WWII novel (based on Julie’s own family history) and was a major inspiration in my work.

We Were the Lucky Ones has also picked up momentum abroad, with Brazilian, Portuguese, Slovakian, and Chinese editions soon to come. Giant thanks to my foreign rights agent, Jenny Meyer, for continuing to promote my family’s story overseas.

Finally, I’m excited to announce that Penguin is launching a second paperback tour for June! My first stop is Manhattan Beach, followed by Denver, Seattle, St. Louis, and Cleveland. I’m also thrilled to be speaking at a Focus Under Forty event put on by the Rowayton Arts Center here in my hometown. Be sure to check out my events page for dates and details on these and on other upcoming events in Connecticut, New York, New Jersey, Rhode Island, Kentucky, Virginia, and Florida, and Georgia.

…And there we have it. It’s been a jam-packed winter. I’ll report back soon. In the meantime, say a prayer for sandal weather, and I hope to see some of you on the road! 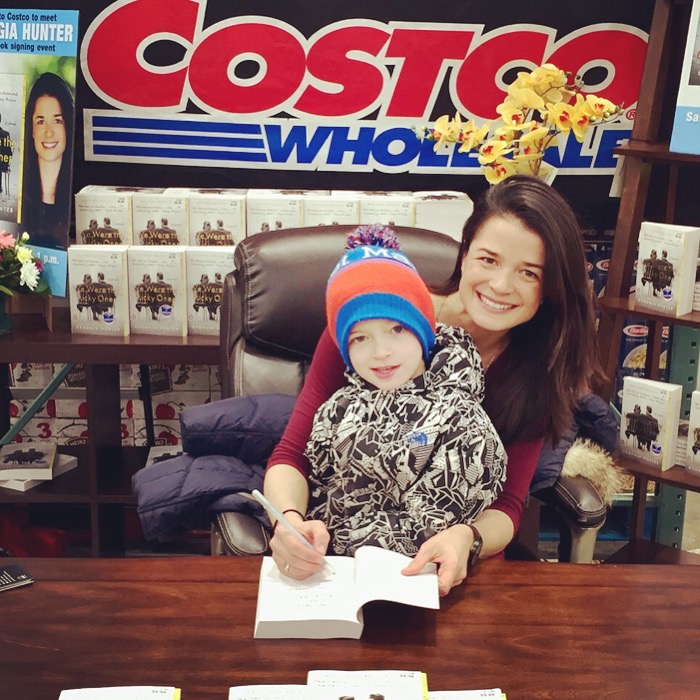 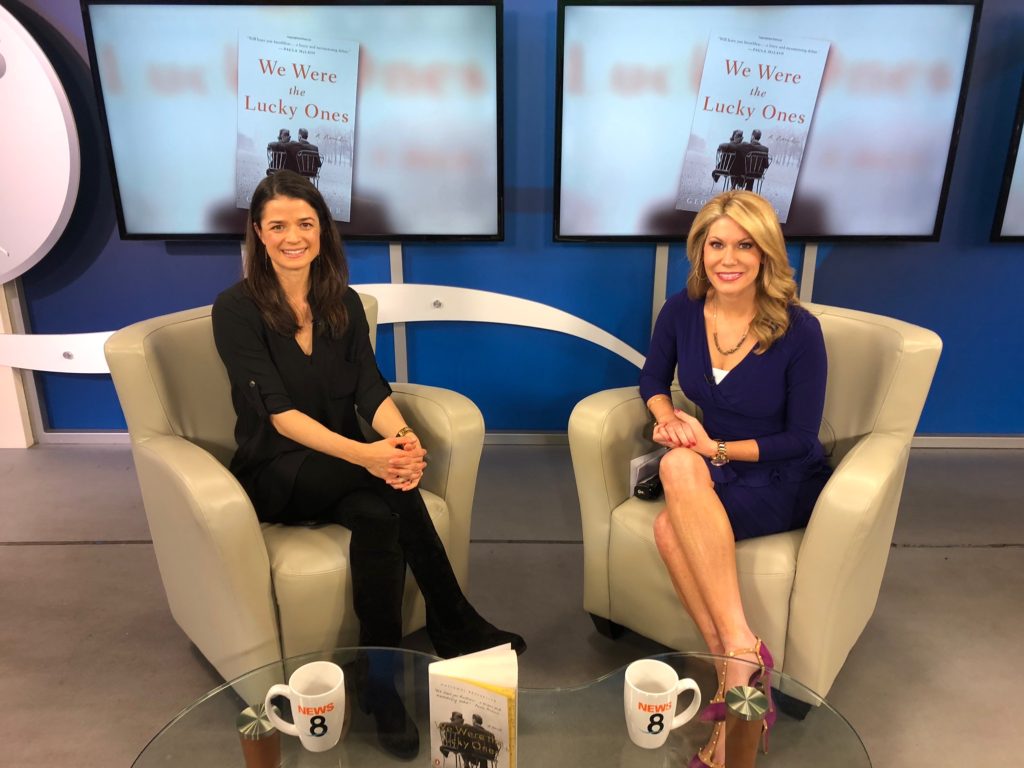 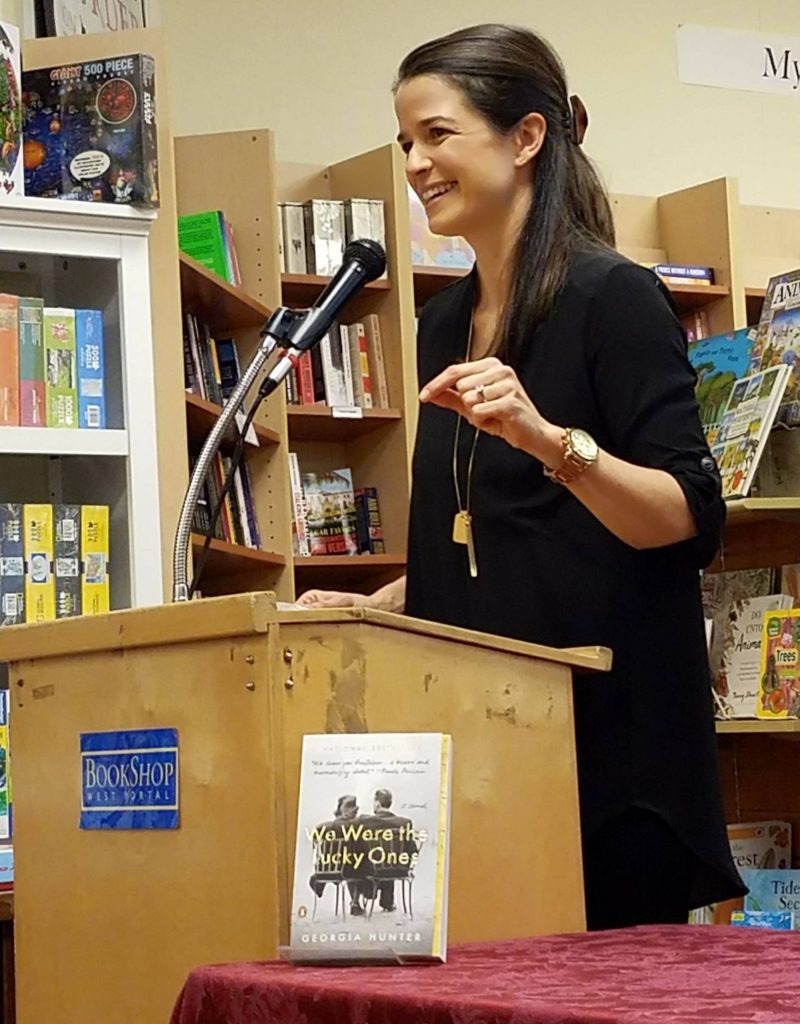 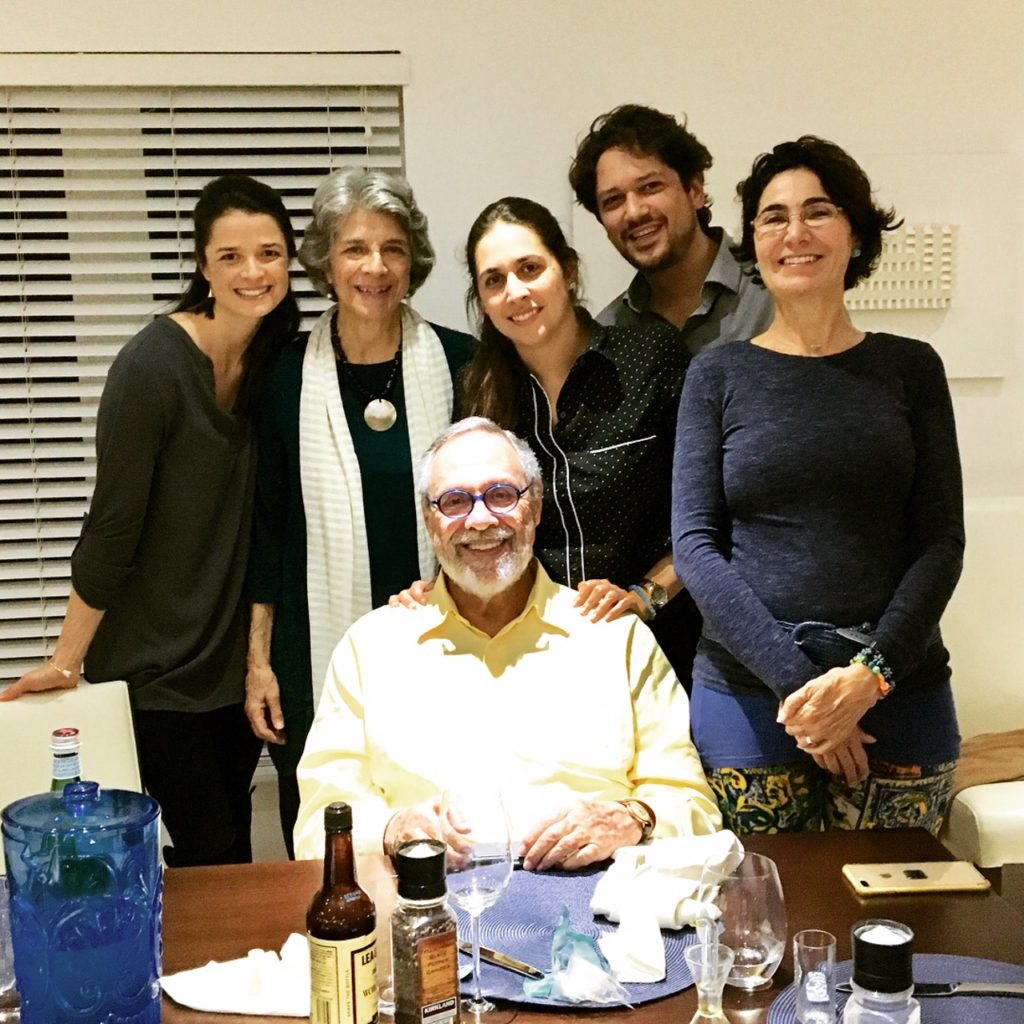 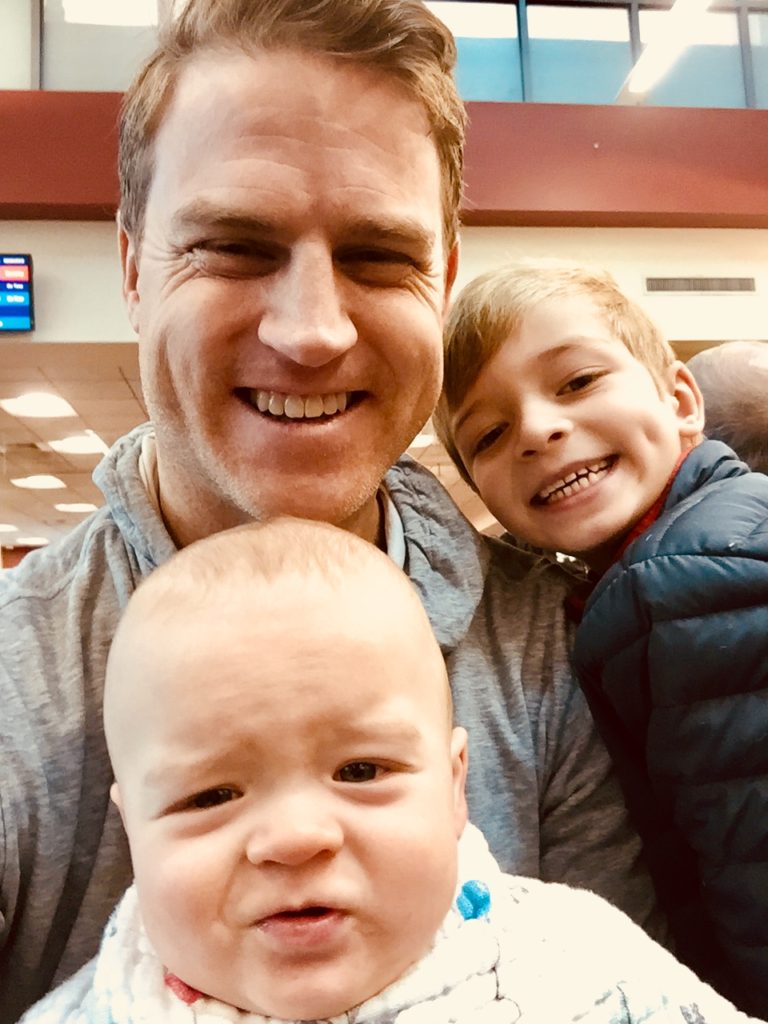 My boys en route to meet me in Atlanta 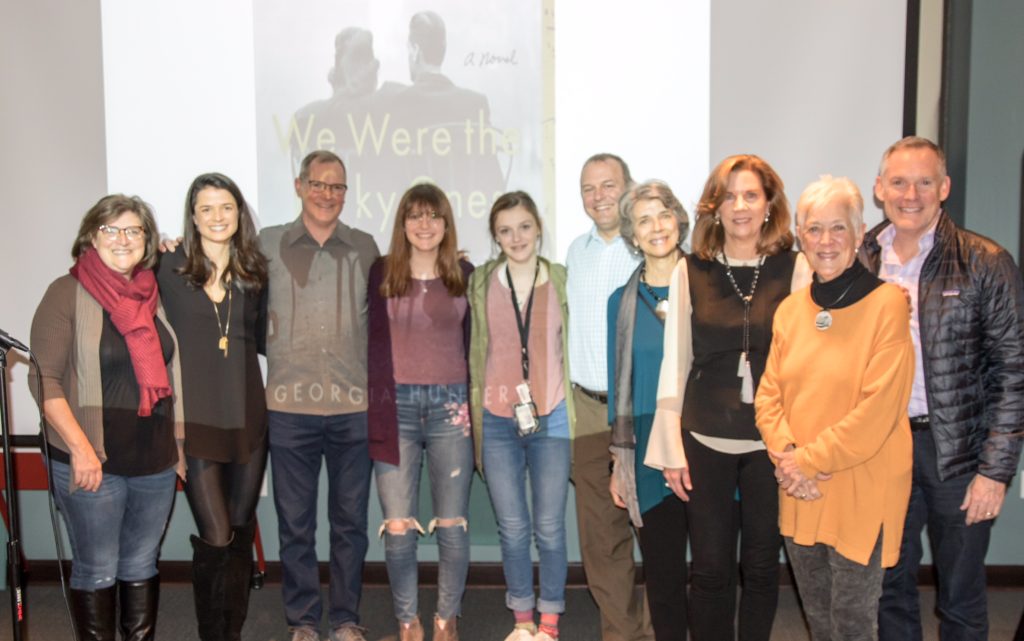 Atlanta cousins turned out in droves for my Oglethorpe event – lucky me! 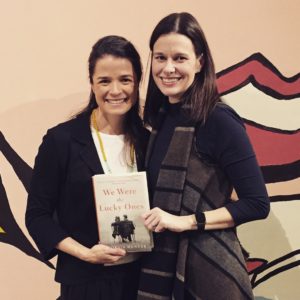 Catching up with a best college girlfriend in Dallas at the hip new indie bookshop, Interbang Books 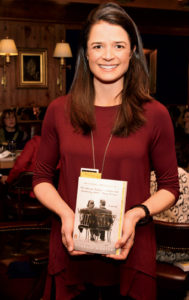 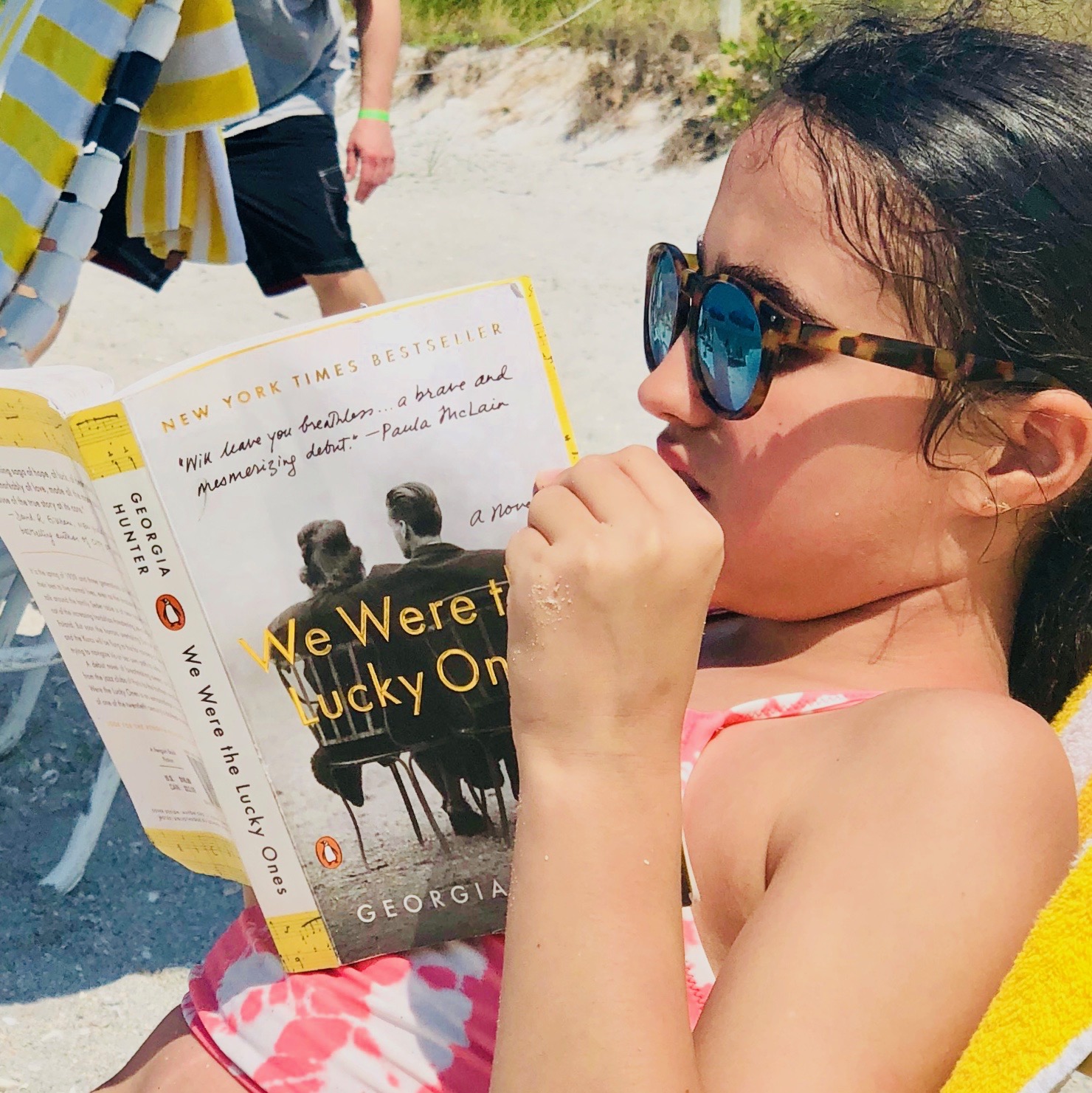 Eloisa, 11 years old, engrossed in WWTLO on her Spring Break