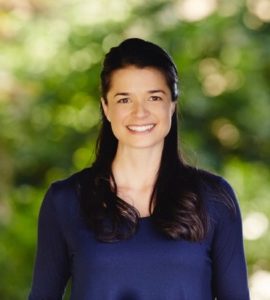 For as long as I can remember, I’ve loved to write. I penned my first “novel” when I was four years old, and titled it Charlie Walks the Beast after my father’s recently published sci-fi novel, Softly Walks the Beast. When I was eleven, I pitched an article—an Opinion piece on how I’d spend my last day if the world were about to come to an end—to the local newspaper. Since that debut in the Attleboro Sun Chronicle, my personal essays and photos have been featured in places like the New York Times “Why We Travel,” in travelgirl magazine, and on Equitrekking.com. I’ve also taken on the role of freelance copywriter in the world of adventure travel, crafting marketing materials for outfitters such as Austin Adventures and The Explorer’s Passage.

In 2000, a family reunion opened my eyes to the astounding war stories of my grandfather and his family. Eight years later, armed with a digital voice recorder and a moleskin notebook, I set off to unearth and record my family’s story. I spent nearly a decade traversing the globe, interviewing family and digging up records from every possible source I could think of, eventually piecing together the bones of what would become my novel, We Were the Lucky Ones.

I kept a blog as my research unfolded, which you are welcome to peruse. I’ve also created a list of ancestry search tips, should you consider embarking on a journey to uncover your own roots. I hope you enjoy the site, and I’d love to hear from you if you have any questions, or stories of your own to share.